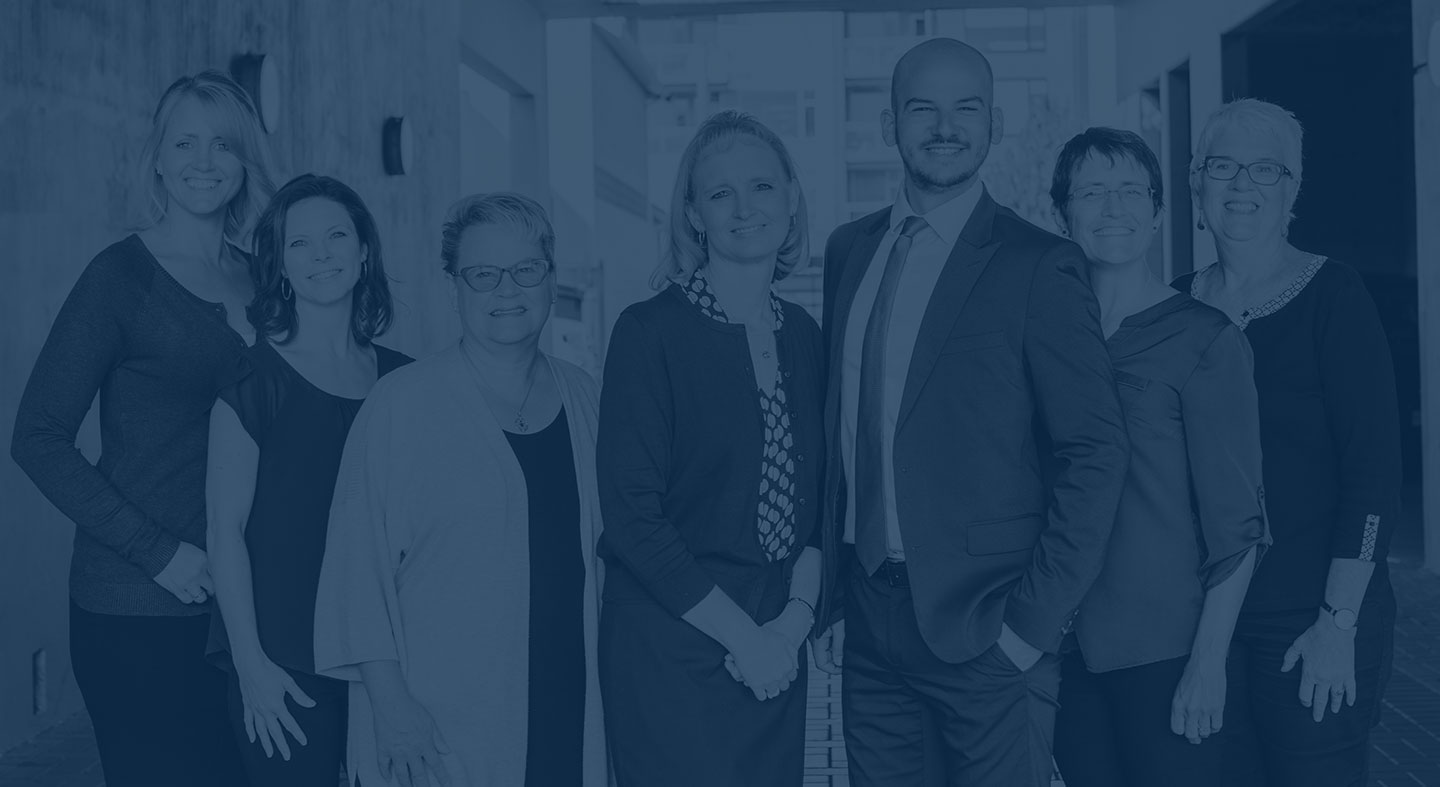 Since 1968 Salvador Davis & Co. has provided non-contentious legal services from Sidney to Victoria and the Gulf Islands. We help clients with real estate conveyancing, estate planning and asset management. When needed we also provide health care advocacy, bills management, filing income tax returns, in-home assistance or relocation, secretarial, and bookkeeping services. We protect our clients’ interests as if they were our own.

Whether you are the buyer or the seller, you can depend on us to process your transaction on time and at a reasonable cost.

A home is generally the most valuable and important asset one acquires.

To avoid unnecessary expenses, delays, and even court actions, everyone should have a Will.

If you become incapacitated without a power of attorney, a family member has to apply to Court to become your Committee.

Used for health care and personal care matters. There are two types Standard and Enhanced.

Formerly known as “Living Wills” or Advance Directives, they are vital documents for estate planning. They set out a person’s wishes for end of life decisions.

We pay your bills, arrange to file your income taxes, re-direct mail if necessary, cancel and re-direct utilities.

We deliver a wide range of services. For clients who can no longer stay at home, we look after all the details of finding suitable accommodation, moving, cleaning and re-directing mail.

“What are your fees?”

Please call for an estimate based on the service you require. There are many variables, such as disbursements and the nature of the work, that can impact the price.

“Do you make house calls?”

Yes, we make both house and hospital calls, however, there is a fee for this service. Please call for details.

“Why Use a Notary Public?”

Because we concentrate on specific areas of law, our entire operation is geared to successful document preparation. We do not practice in contentious matters, so we can devote our time and energy to our clients’ deadlines and priorities.

“What is a Notary Public in British Columbia?”

Notaries are authorized by the government to perform legal tasks for the public. The Notaries are governed by the Notaries Act, which allows them to carry out non-contentious legal services. All Notaries receive their commsission from the Government of British Columbia. For a full explanation visit: www.notaries.bc.ca

“Do I need an appointment?”

“What are your hours of operation?”

“Where are you located?” 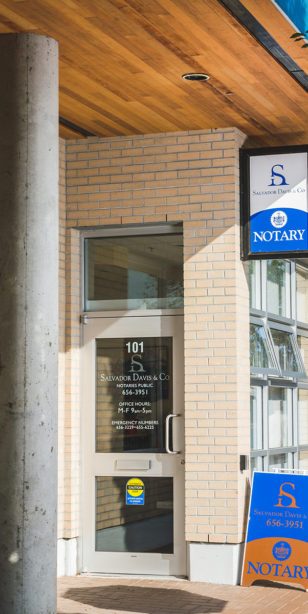 Salvador Davis & Company won the “2014 Business of the … Continued 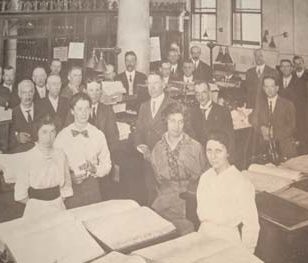 Why are we featuring our Land Title Office in this … Continued 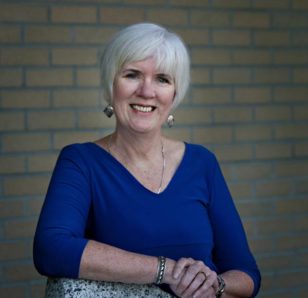 Meet the Board of Governors: Susan Davis

Born in Williams Lake, Susan spent her childhood with her … Continued

Living in a Little Piece of Heaven 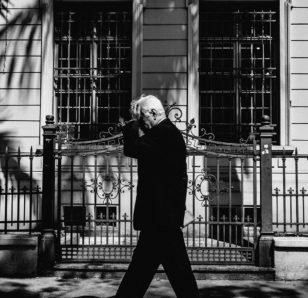 Crimes Against the Elderly: Fraud via the Power of Attorney … Continued 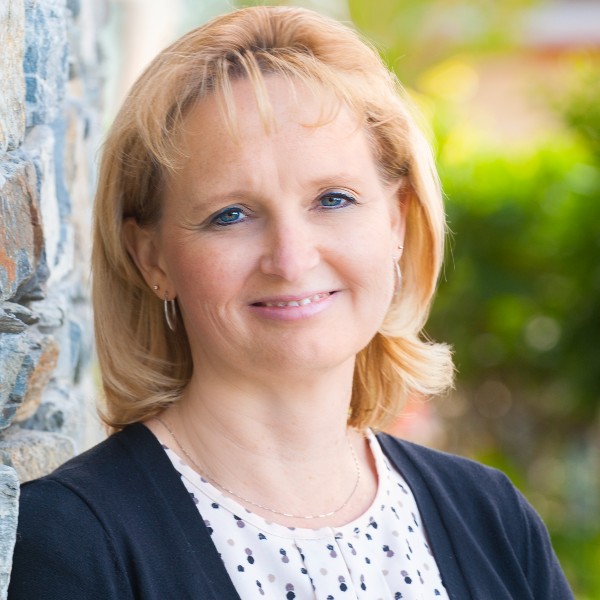 Lisa moved to Sidney from Oregon after she met her future husband David Ehrlich. She started work at Salvador Davis, while studying Business Administration at Camosun College. She continued her education for an additional two years at the University of British Columbia, completing the Notary Program in 2000. Lisa was awarded the prestigious Dr. Hoeter Award for highest marks in the province.

Lisa continues to work tirelessly to ensure her clients receive the best possible care and attention.

Lisa has extensive experience in conveyancing and mortgage documentation. She is especially thorough in dealing with first time home buyers and financing issues. Lisa practices with the most up to date technology and information systems. She is always keen to learn evolving and new areas of land registry through embracing technology.

Lisa lives in Sidney with her husband Dave, and their two sons. 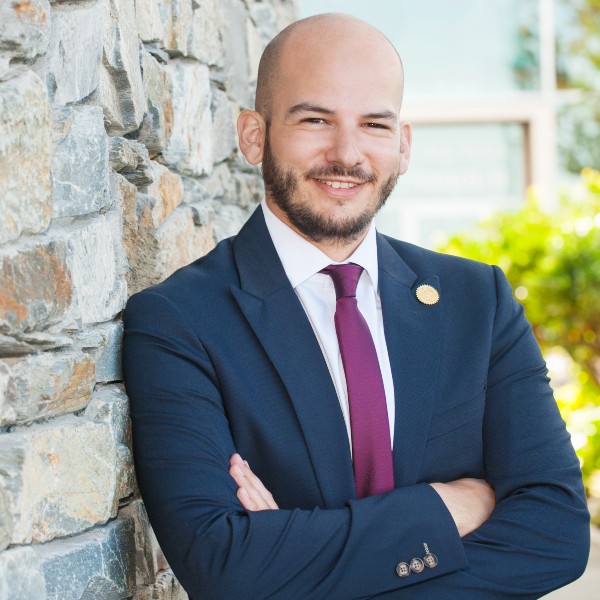 Todd Wiebe is the most recent partner of Salvador Davis & Co. Todd completed his legal studies at Simon Fraser University where he received his Masters in Applied Legal Studies in 2015. Before that, Todd worked at Salvador Davis & Co. and became a partner in 2017. Having trained under the guidance of Laurie Salvador, Todd has extensive knowledge of estate planning, wills, powers of attorneys, and representation agreements.

Within his community, Todd serves as a Director and Secretary for the Sidney Business Improvement Area Society. He continues to contribute to many community organizations including the RCMP Community Liaison Board.

Todd currently lives with his family in Sidney and enjoys golfing, baseball, and reading. 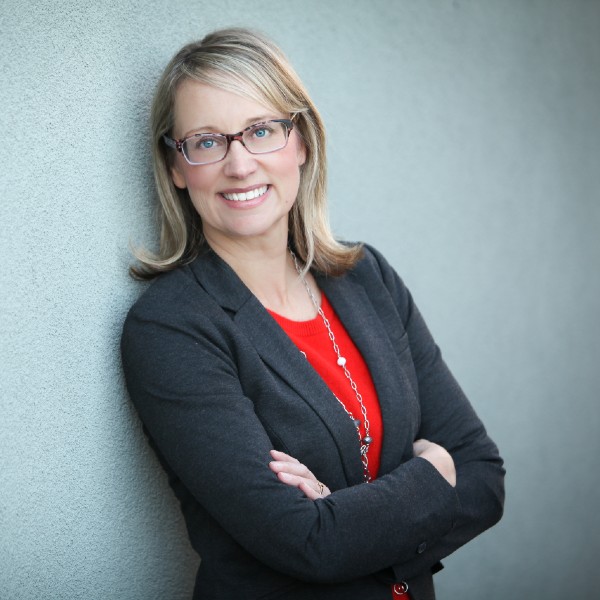 Morrie Baillie has been practicing as a BC Notary since 2013. Morrie enjoys helping clients understand legal information. Her favourite area of the law is estate and personal planning. She appreciates working with people to draft important documents that provide her clients with a sense of empowerment and peace of mind.

She is an active member of the Society of Notaries Public of BC and BC Notaries Association. She has participated in the screening and interviewing process of Notary candidates. She has been one of the examiners for the statutory estate planning exam which all new notaries must participate and pass to be commissioned as a BC Notary. She has also mentored new notaries.

Currently, she is the Vice President for the BC Notaries Association, where the goal is to support and engage all notaries across the province.

Her formal education includes a Bachelor of Arts degree from the University of British Columbia and a Master of Arts in Applied Legal Studies degree from Simon Fraser University.

Laurie became a BC Notary in 1986 when she and Susan Davis took over her father’s practice. Laurie and Susan practiced together for 14 years. Laurie’s practice focused on the senior based population and she was widely known for her experience in Wills and estate planning documents. Laurie provided mentorship for many new notaries and taught the estate planning module to the notarial candidates for 8 years. Laurie was a Director of the Society of Notaries Public of BC for 8 years and served 6 years as a Governor of the Notary Foundation. She served 10 years as Chair of the Lobstick Foundation.

Although officially retired, Laurie continues to look after the clients for whom she has Power of Attorney, as well as estates where she is the Executrix. Since retiring she has taken up art and published an award-winning cookbook (Olive Me; A Collection of Recipes) and has plans to travel extensively in the next few years. 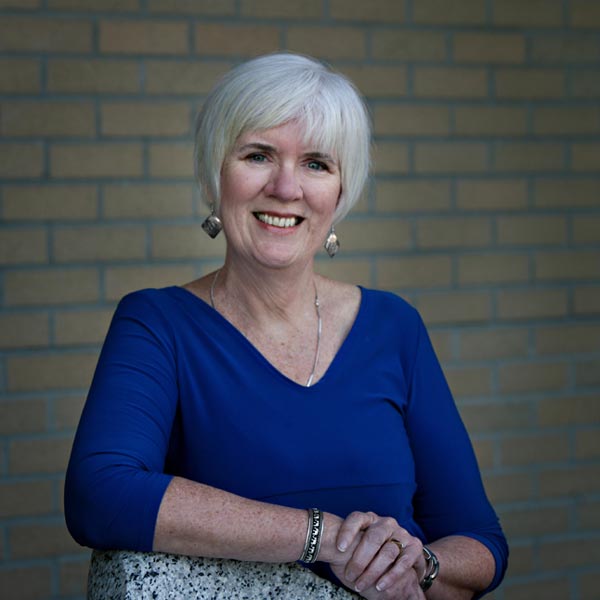 Susan became a BC Notary in 1986 after receiving the very first Dr. Bernard Hoeter award for the highest overall marks on the six statutory notarial exams. She practiced with her partner, Laurie Salvador, in Sidney for fourteen years. After that, she semi-retired and helped with holiday relief in the Sidney office and for other notaries throughout the Province. Susan is dedicated to ongoing education and has an honours diploma in Urban Land Economics from UBC.

Susan strongly believes in service to the community. Currently, she devotes much of her time to local non-profit organizations, including West Coast Reach Association, Sidney Sister Cities Association and Sidney Museum and Archives. Susan is also the past president of the Sidney Rotary Club.

Sidney keeps in touch with the Sidney office, and is there to lend a helping hand when required.

Susan is married to Dan Mercer and together they have 3 children and 8 grandchildren. 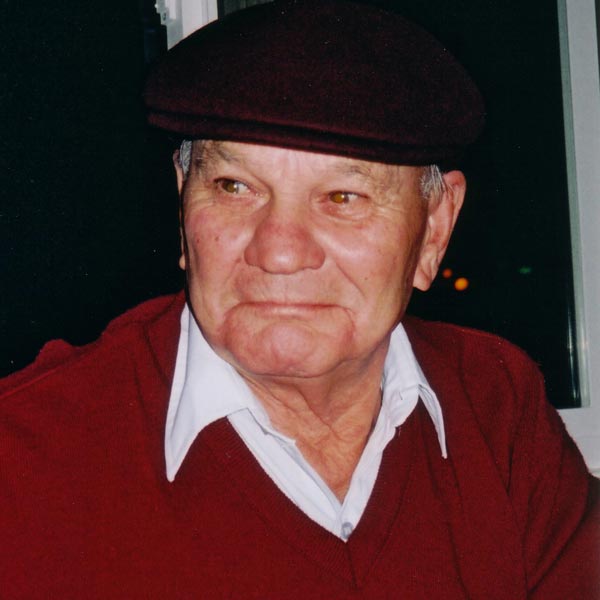 John was the founder of the firm in 1968. We are all grateful to him for his hard work and good reputation. We still have clients who started with John and wouldn’t dream of going elsewhere for notarial services. In 1968, John encouraged his administrative assistant, Susan Davis, and his daughter, Laurie Salvador to take over the practise. He stayed long enough to make sure the two of them had a good start on their new careers as Notaries.

John lived a long, happy retirement and passed away in 2021 at the age of 95. 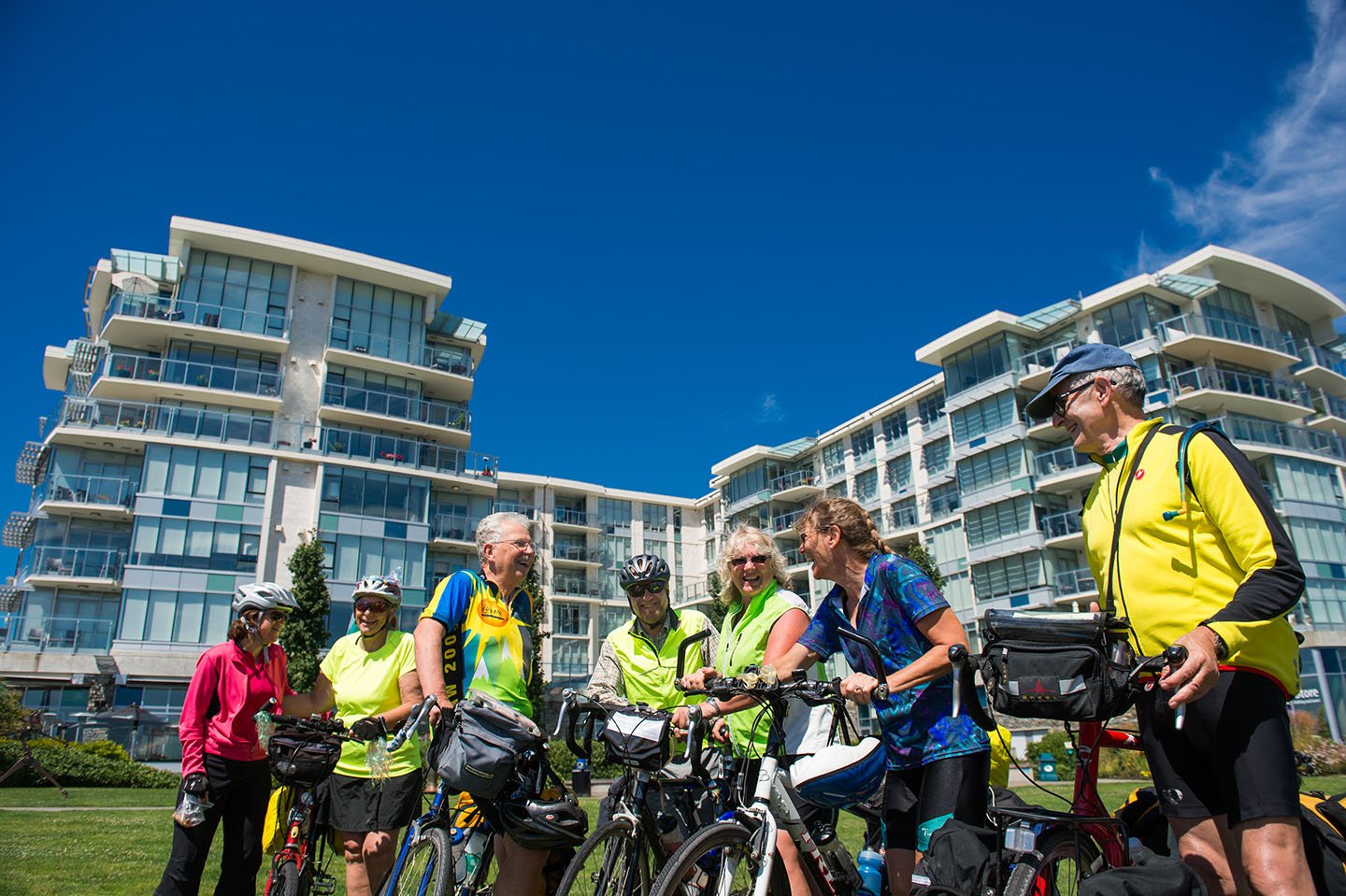